Scott Portelli is an international award winning wildlife, nature, aerial and underwater photographer. Scott has spent thousands of hours in remote locations across the globe filming and photographing nature, wildlife, and the underwater environment.

An accredited licensed RPAS/UAV/UOeC Pilot, Scott has worked on aerial projects for some of Australia’s most sort out tourism destinations as well as in Antarctic, Arctic, Azores, Macquarie Island, Falklands, Norfolk Island, Lord Howe Island and South Pacific. Working in extreme conditions, Scott’s practices take a high quality, low impact, approach to filming wildlife in their natural environment in a non-invasive way to capture natural behaviour.

Scott runs wildlife and photography workshops. tours and lectures to show enthusiasts and experts alike the best way to get the most out of their photography. On his tours he specializes in underwater and wildlife photography bringing the best tips and techniques for photographing in challenging locations. 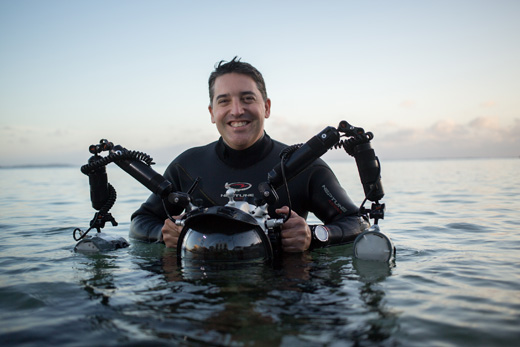