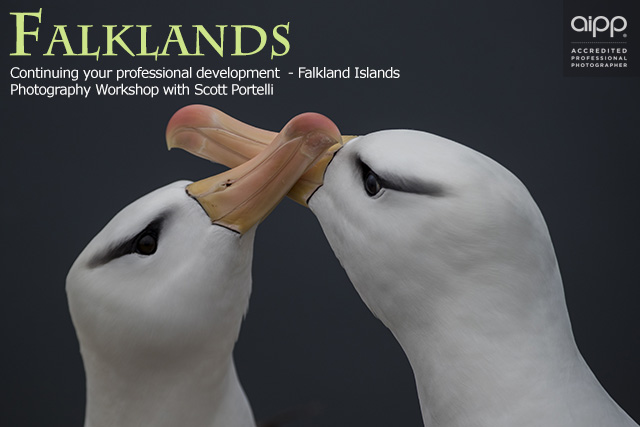 The Falkland Islands located in the South Atlantic Ocean off South America are the perfect destination to experience the wonders of nature and wildlife; an unpolluted environment with fantastically clear blue skies, seamless horizons, vast open spaces and stunning white sand beaches. Wildlife is free to roam and many species have chosen the islands as their home including gentoo and magellanic penguins, southern sea lions, Commerson’s and Peale’s dolphins and over 200 species of birds.

Upon arriving in the Falklands, you’ll be received by International Tours & Travel, then transfer by domestic flight to Sea Lion Island (~35 minutes) where you will enjoy a guided introductory tour.

Weddell Island is populated by just two humans, leaving room for a huge amount of wildlife and a peaceful wonderland to explore. You can spot sea lions nestled in the tussac grass, alongside Gentoo and Magellanic penguins and cormorants. You may even encounter a unique island resident, the Patagonian grey fox – while not a native they still provide a beautiful subject for photos. The island features open rolling hills, sandy beaches and rocky coves which you can explore while searching for the albatross, petrel, caracaras and hawks that fly overhead, or the unique endemic plants at your feet like Lady’s Slipper. Get a view over it all after an invigorating hike to the top of Weddell mountain (1256 feet high). Or take a walk along the sandy beach at Mark Point, close to the settlement and home to a Gentoo colony and whale skeletons onshore, and playful dolphins offshore.

Pebble Island is not just home to a huge and unique array of birdlife, but also a chance to see the panda-like Commerson’s dolphins and the rare Falkland fritillary butterfly (the only breeding butterfly of the Falklands). Birdlife includes four penguin species (rockhopper, gentoo, magellanic and macaroni), southern giant petrels and many waterfowl and wading birds like the red shoveler, cinnamon teal, black-crowned night-herons and imperial cormorants. The heathland, low cliffs and numerous ponds are also home to one of the largest populations of black-necked swans. Unusual translucent pebbles found on some of the beaches give the island its name.

The Cape Dolphin peninsula is a National Nature Reserve, featuring beautiful scenery inhabited by an array of wildlife. It is home to southern sealions, as well as a breeding site for gentoo and magellanic penguins. An amazing variety of waterfowl and wading birds occupy Swan Pond, such as Chiloe Widgeon, speckled and silver grebes, black-necked swans, and white-crested grebes.