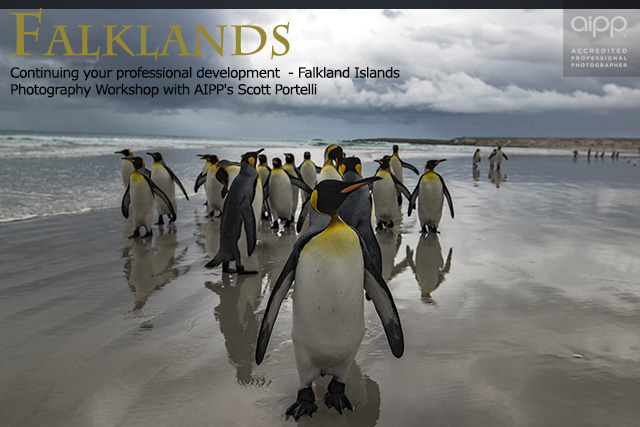 Note: Excess baggage on internal flights if you choose to bring more than the domestic luggage allowance which is 20kgs
(Excess luggage is charged at GBP1.40 per kilo per flight sector on the domestic flights.)
The International luggage allowance would be 2 pieces at 23 kgs each (46 kg total) per person when you book with the group.
Flights depart via Santiago, to Punta Arenas and fon to Mount Pleasant in the Falklands. the flights only leave on a Saturday with LATAM.

Volunteer Point is one of the most popular and important tourist destinations in the Falklands. There is an abundance of bird activity in the area and is home to the largest king penguin colony in the Islands, as well as gentoo and magellanic penguins, waterfowl and other birds. Volunteer Beach itself is a beautiful white sandy beach, approximately 2km long, and is where many of the penguins can be seen entering and leaving the ocean. we will camp here for 3 nights and be guests of the warden during our stay.

You trip will involve trips to both the Neck, and to Rookery Mountain – with incredible wind-carved boulders and stunning views.

Your visit also includes a full day excursion by boat to West Point Island, home to spectacular scenery and incredible wildlife. Originally named ‘Albatross Island’ for the thousands of nesting black-browed albatross, there are also rockhopper penguins and occasional macaroni penguins among the tussac grass and rocky ledges. The sheltered harbour is home to nesting magellanic penguins and friendly dolphins. There are also whales, fur seals and sea lions visible in the surrounding waters.

Stanley is the tiny capital of the Falklands, village-sized but with a lot to explore along the sheltered harbour. Our visit includes a tour of the city and visit to the museum to discover more about the social and maritime history of the islands, along with natural history.