Some of the places I have been in the world are quite remote and have a unique aspect that has driven me there. I plan to visit a lot of these destinations again and hope that you will join me, but until then here is a an overview of what you can expect if you visit these regions:

World Heritage listed Lord Howe Island is one of Australia’s best kept secrets. Part of NSW, Lord Howe Island is approximately 600 kilometers from Sydney. With its towering twin mountains and coral lagoon setting the scene for one of the most picturesque destinations in Australia if not the world, this place offers so much for all walks of life.

The island is teaming with marine life. Whether you are in knee deep water with turtles at Settlement beach or snorkeling the pristine Ned’s beach with large Silver Drummer, King fish and Galapagos sharks, there is always something for any photographer.

Baffin Island has been a dream of mine for many years and the sheer proximity of this Arctic destination and joining an expedition there was challenging. Small communities called Hamlets, spread over hundreds of miles only accessible by air or long journeys across ice, snow and rugged landscapes with snow mobiles. Exploring this part of the world would prove difficult. But rewarding as each and every encounter with wildlife in their natural environment was a privilege.

Trekking with the the last remaining mountain gorillas on the planet is truly a privilege and quite humbling to say the least. In this part of the world there are less than 880 Mountain gorillas. but with the protection from the national parks and governments these Gorilla’s are starting to grow in more numbers. in the past farm land has encroached on their habitat or unrest between borders has seen the demise of some of these magnificent creatures. but the outlook is positive as conservation and protection is a priority for the countries.

This has become one of my favourite destinations in the world and a great place to get up close and personal for intimate encounters with wildlife, especially wildlife people travel all the way to Antarctica or South Georgia to see. Falklands has to be one of the most accessible places to see this wildlife, it has so much to offer and worth the effort to get there.

Is one of the last untouched places in the world where lush thick rain forests cover the land, a place where lost tribes still roam the interior and place where the local people are very friendly and welcoming. Whether you are on the land or under the water, PNG is a unique place to photograph. The landscape changes dramatically as you explore the country. Lush green rain forest, tumultuous rivers, steep mountains and starry nights.  Below the surface there are amazing coral reefs abundant with schools of fish, turtles, sharks and muck diving around the volcanic regions for all the small critters. PNG has something for both the Macro and Wide angle photographers.

Is one of the most remote places on the planet. I have visited the region multiple times in the last 10 years. It is a photographers dream with an abundance of wildlife, amazing landscapes with natural structures and truly a place where the time just passes so quickly. You can get up close and personal with a lot of the wildlife and experience natural behaviour in a pristine environment. if you are game enough to brave the elements, diving in Antarctica can show you a whole new perspective. Penguins zip by at high speeds, curious leopard seals glide up to you for a closer look and the macro life is quite astounding. Antarctica should definitely be on your top 5 destinations to visit. 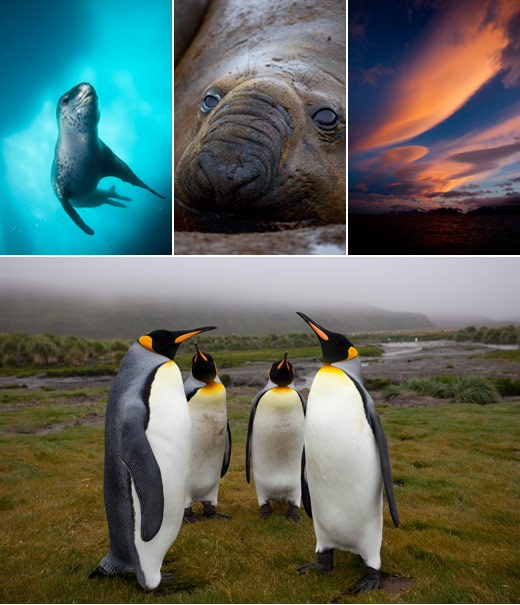 Is a hidden gem in the South Pacific, a lush group of islands surround by thriving tropical reefs and clear blue water.  Between August and October Humpback whales come to the archipelago of Tonga to give birth and mate. This spectacle of epic proportions gives photographers the chance to observe Humpback whale behaviour in their natural environment. Humpback whales are curious creatures and underwater encounters are often quite close and unique. I have spent the last decade observing, photographing and documenting their behaviour. For anyone passionate about whales like myself this is a must see event that can be life changing for many people. 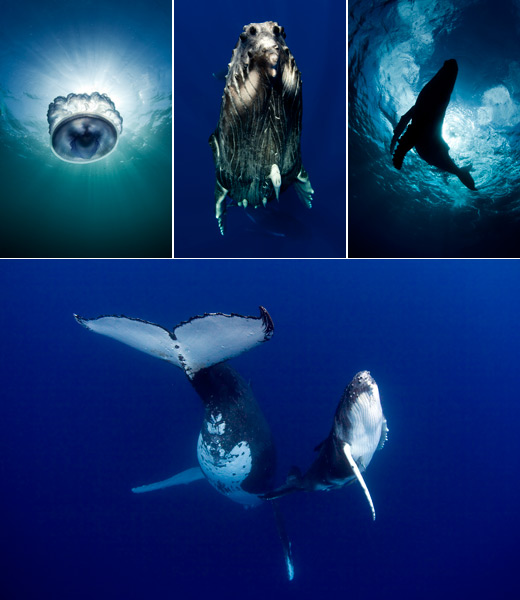 Is one of the most amazing places to see a multitude of cetaceans. with resident Sperm whales in the area all year round and various species of Dolphin frequenting the area this place has unending opportunities for underwater photographers. A Volcanic group of islands 600km off the coast of Portugal surrounded by deep water that drops off to beyond a thousand metres from the shore. A perfect environment for deep diving hunters such as the largest toothed whale on the planet. The area is nutrient rich and teeming with food for these large mammals to sustain their appetites. The Azores is a place that you never know what you will see each time you jump in the water.

Read article – A World of Diversity 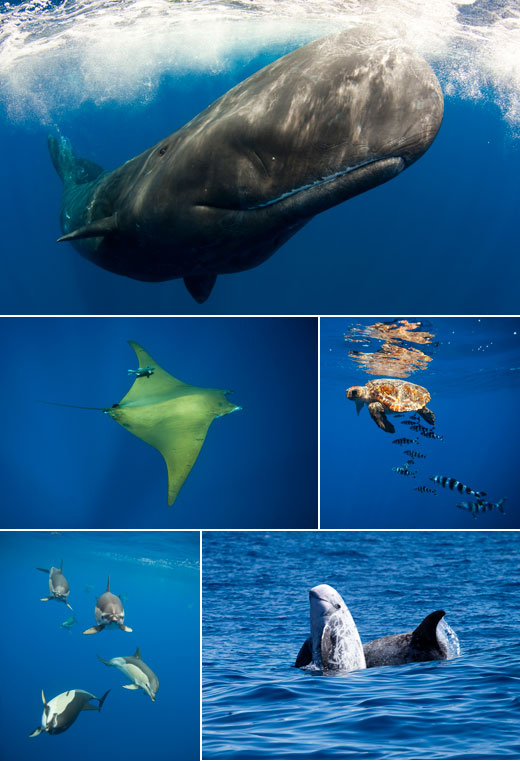 All images taken under a special permit granted by the Regiao Autonoma Dos Acores, Secretaria Regional Do Ambiente E Do Mar, Dreccao Regional do Ambiente.

has many contrasting landscapes and is a vast open space that stretches across one of the largest continents on the planet, nowhere will you find such diversity of species. It is a place where survival is determined by how well you can avoid being eaten by predators. From the savannahs to the mountains there are amazing opportunities to photograph wildlife. One of the most amazing things you can do in Africa is spend time with the mountain Gorillas, a species on the verge of extinction due to habitat reduction. 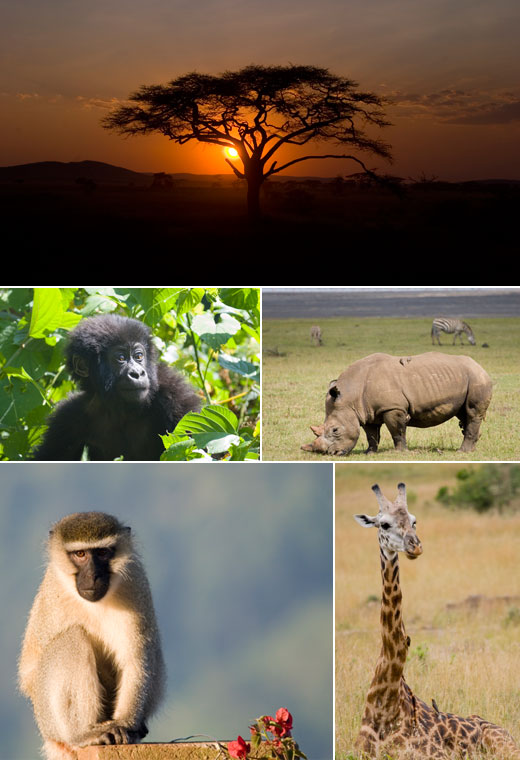 The Northern hemisphere has some unique creatures such as Polar bears and Walrus that in habit this cold icy landscape. It is also renowned for the abundance of bird life that migrates to the region each year. During summer there is 24 hours of sunlight which can play havoc with your sleeping patterns but gives you more opportunities to photograph the impressive wildlife that wander the tundra. Encounters with wildlife are not as frequent as in other areas of the world but there are many opportunities to see whales, polar bears, walrus and reindeer. I was there in 2008 during a total solar eclipse which was the highlight of the trip. 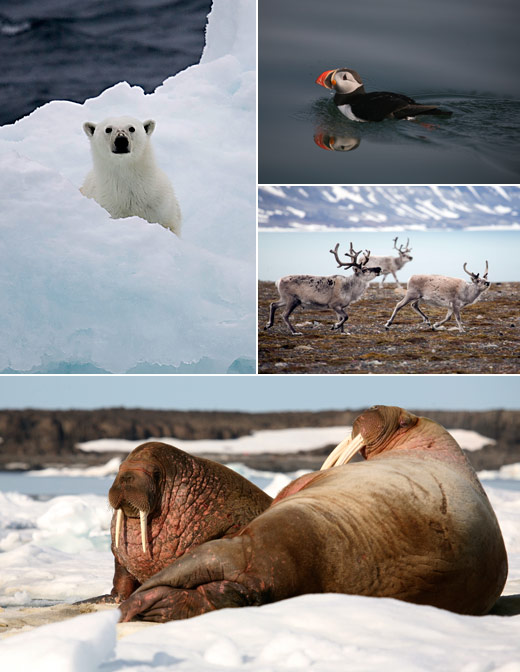 Is where Darwin developed his theory of evolution by studying different species across the various islands and determining how species were adapting physically to their environment. When you visit the Galapagos expect to be bedazzled by the types of wildlife you will find across the different Islands. Land tortoises roam the highlands and marine iguanas dive beneath the waves to eat algae and kelp, sealions frolic in the shallows and penguins nest on volcanic rock. It is truly an amazing place to visit. The diving is amazing arounf the Islands of Wolfe and Darwin which are 1 degree north of the main group of the Galapagos. During September and October whale sharks visit the area. On anyone dive you will encounter schooling hammerheads, eagle rays, turtles and if you are lucky a whale shark. There are a number of restrictions to protect the Islands and their inhabitants but there are plenty of up close encounters. 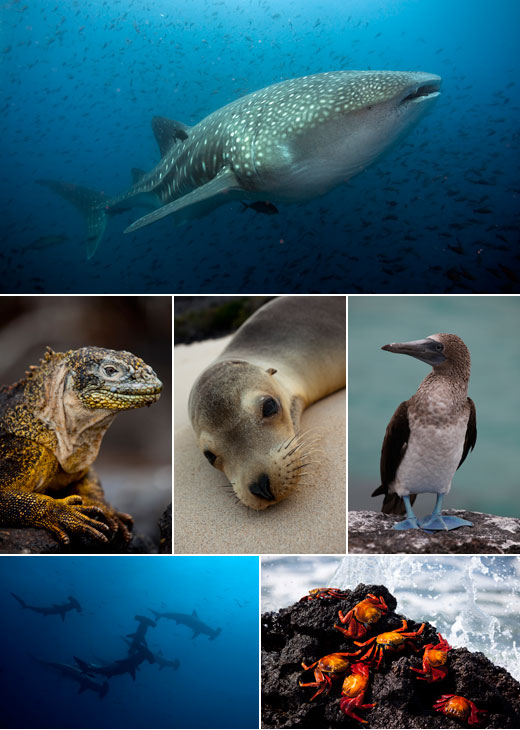 Is a spectacular beautiful place with so many opportunities to watch wildlife, especially or the marine variety.  The diving in the Poor Knights is amazing temperate water diving with a rich array of marine life as well as places such as Kaikoura for Dolphin encounters, the bay of islands and many other opportunities around the North and South Islands. 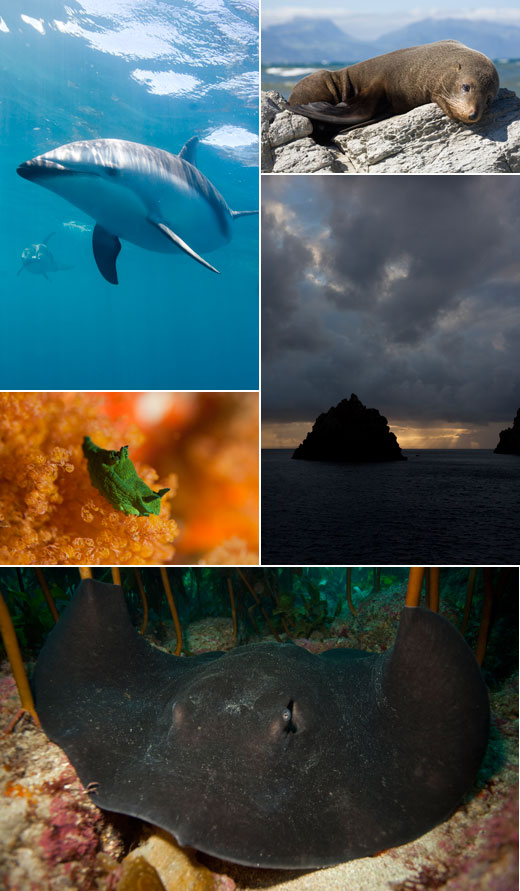 Has some of the most amazing diving destinations in the world. If you are looking for macro life than Indonesia is the place to be. But it is also home to the fierce komodo dragon that can only be found on a few islands in Indonesia. On Komodo and Rinca Islands you also find Monkeys and Buffalo which are often the food source for the dragons. Beneath the water is where you find the most diversity of colour and often most of the life is no bigger than a finger nail. But there are opportunities to photographer bigger animals such as manta rays, turtles and sharks.
Read Article – In the realm of the Dragon 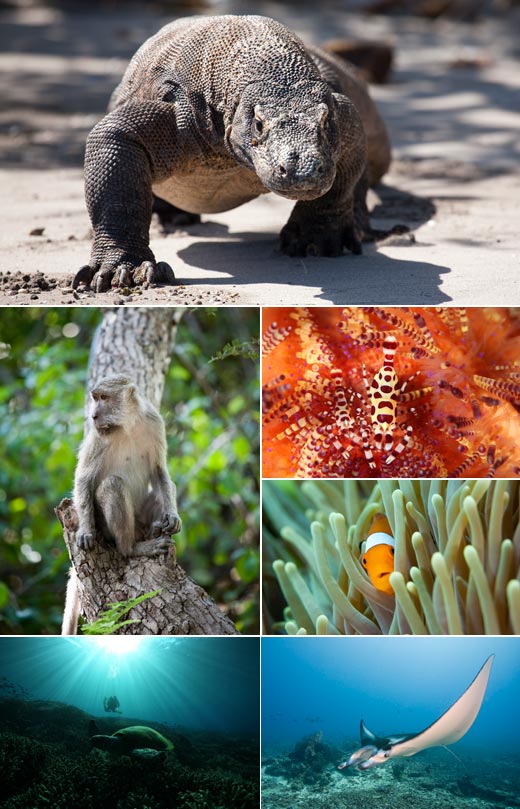